Our Department Managers in operations, compliance, supervision and deployment average over 10 years of industry experience. These individuals understand that our Registered Representatives and their clients are the main priority at PKS. Our commitment to service is unwavering and our management teams’ experience is an invaluable asset to prospective registered representatives, independent advisers thinking about joining our platform on a dually-licensed basis and most importantly, to end clients who deserve the highest attention to detail in any and all communication with PKS. Our management team is “committed to excellence” in everything they do.

Mr. Purcell is a founding partner of Purshe Kaplan Sterling Investments, and serves as Chief Executive Officer. Under Mr. Purcell’s leadership, PKS has grown into a nationally-recognized independent broker/dealer with a strong commitment to excellence.

Mr. Purcell has long championed the “open-architecture,” or hybrid, model of providing quality product, services and advice to the public. Prior to starting PKS in 1993, Mr. Purcell was a managing partner in an SEC Registered Advisory firm; this provided him a unique perspective in determining the structure and direction of PKS’ business model. Recognizing the need for RIAs to have access to traditional brokerage products and services, Mr. Purcell and his partners developed a visionary and unique model to service the commissionable-brokerage needs of dually-licensed advisors and registered representatives. Mr. Purcell and PKS remain committed to the independent, open-architecture model and will continue to champion that model, which we consider the future of the advisory and brokerage industry. 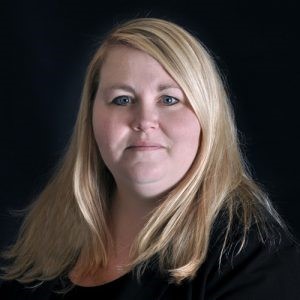 Katherine (Kathy) Flouton is the President of PKS. During her tenure at PKS, Kathy has been in many roles.  She joined PKS in 1997 as an Operations Clerk, where she performed all back-office operational functions.  Within just 5 years of joining PKS, she was promoted to Director of Operations and served in that capacity until April of 2010, when she was promoted to a dual role of Chief Operating Officer and Director of Supervision.   As Director of Supervision, she managed a team of highly qualified supervisors that serve as relationship managers for the firm’s registered representatives and are primarily responsible for all account and trade approvals.  In 2019, due to the growth of the firm and the increase in registered reps, PKS promoted another employee to relieve Kathy of her role as the Director of Supervision.  As the Chief Operating Officer, Kathy was actively involved in the firm’s day-to-day operations.  In 2021 Kathy was promoted to her current role of President where she remains actively involved in the firm’s day-to-day operations and is instrumental in the overall management and corporate initiatives of the firm.

Prior to working at PKS, Kathy was employed at a law firm as a paralegal that specialized in public sector labor law and personal injury.  Kathy holds the Series 7, 63, and 24. She is also life, accident, and health licensed in New York State and is a notary public.

During his tenure in Operations, he has championed service and his team is primarily responsible for end client account opening and the transition of existing business.  He and his team work collaboratively with Institutional Sales during the onboarding process as well as Payroll, Trading, Supervision, Compliance and Software Development.

Before joining PKS, Tracey worked at First Albany Corporation as a Retirement Specialist.

Along with an accounting degree, she holds the Series 7, Series 27 and Series 63.

Jason Day joined PKS in 2012 as a specialist for the Conversions and Deployment Department and was responsible for the on-boarding of new registered reps to the PKS platform. In 2017, Jason was promoted to Assistant Director of Institutional Sales where he fielded sales inquiries, spoke with prospects interested in joining PKS, and managed all aspects of the conversion process for individuals that transitioned to PKS.

Prior to joining PKS, Jason worked as an Associate Wealth Advisor with Northwestern Mutual as well as a Fixed Income/Block Equity Trader for BrownCo., a JP Morgan Invest company.

Jason currently holds the Series 7 and 63 licenses. He is also life, accident and health insurance licensed in New York State.

Daniel O’Neill joined PKS in 2011 as a Conversion Specialist and was promoted to Director of Transition Services in 2019.

Daniel has a Bachelor’s Degree in Finance and a Master’s Degree in Business Administration from Wagner College. He holds the Series 7, 66, 24, and 53 securities licenses as well as a NYS Life Accident & Health Insurance license